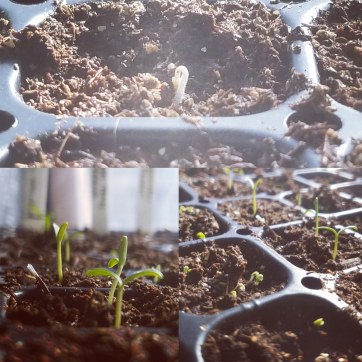 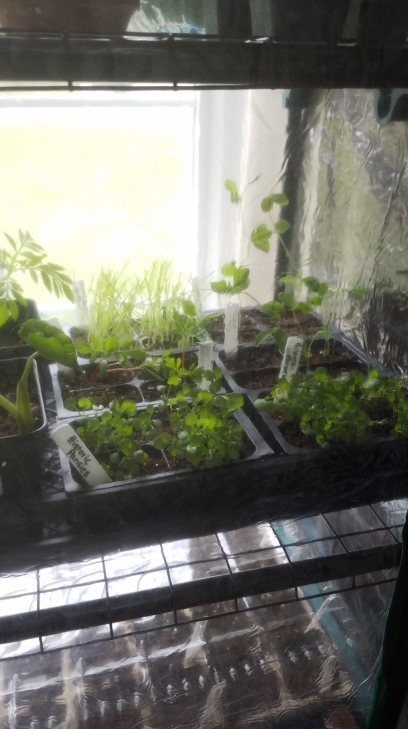 Every year, towards the end of the holidays, I start looking forward to seed catalogs. This year, I think I had the majority of my seeds already bought before the new year, or at least in January. I evaluate what I liked about the previous year’s choices, keep my favorites, and archive or share the varieties that didn’t make the cut.

The number one factor in what I continue to grow is taste. If it doesn’t taste good, what’s the point? After that, I look for care-free, interesting, and short-day. Central Wisconsin was a bit of challenge after the longer, hotter summers of central Indiana. Most of the seeds I buy are heirloom, for the ability to save seeds (even though I never get to it) and the huge variety. Every year, I pick out one novelty to grow just for fun.

I am sucker for the occasional $.25 seed packet at the hardware store but for the most part I buy my seeds from Baker Creek Heirloom Seeds and Seed Savers Exchange. I also have quite a collection from Jung’s because I used to work there!

I also buy a few plants in the spring mostly herbs, Jet Star tomatoes (grown in honor of my Grandma Pete), and a few peppers.

Here’s what I’m growing this year (with a link to where I purchased it, if still available, I keep seeds for years!):

These are seeds I started March 18:

These seeds I started April 18 in peat pots:

Seeds that are going to be direct sewn:

The direct sewn seeds are always a crap-shoot for me, a lot of times, I forget about them and some just get thrown into the garden. We will see how organized I am this year.

Typically, Central Wisconsin plants out veggie plants on Memorial Day weekend. It’s been a warm Spring though, and I planted out May 19th. We went from 30+ inches of snow in April to 90 degree temps in May.

I lost a lot of varieties of Iris and pretty much all of my roses. I’m not too worried though! The most important plants (my collected heirlooms) survived. I will post in-depth about my perennials, especially those I’ve collected from family.

Our yard is a work in progress, just like the entire house. It’s needed a lot of attention, and will take years to get right!

A few photos from our first few months at the house: 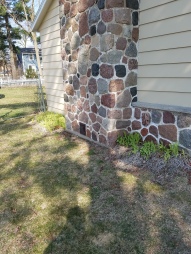 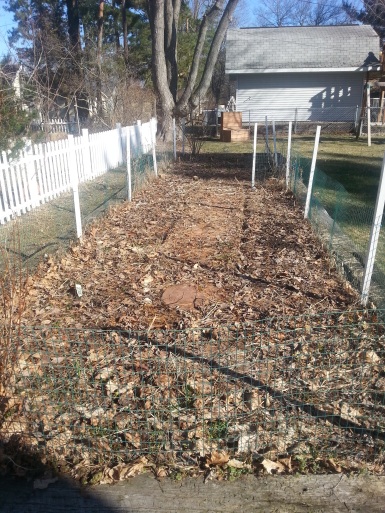 We have a lot of plans for the yard…but we’re still working on the inside, so I’ve just been stashing plants where I can for now.

This year the garden is going strong, despite losing a lot this Spring, and my first attempt at growing tomatoes and peppers in bags! So far, the grow bags are already more successful than my last 3 years of tomato growing attempts. Almost all of them have little green tomatoes set on them.

I grow almost all heirloom varieties, mostly because I love the crazy options, ability to save seeds, and some of the stories that come with them. I do grow two hybrids, and for a special reason. Jet Star and Celebrity were both favorites of my Grandma Petersen. She bought me some Jet Star for my garden during her last summer (and I still have the little tag for it). It’s a way to honor her in my garden every year. Plus, Jet Star and Celebrity are just good tomatoes, anyway.

Here’s a little a taste of whats happening in my yard this year, right now: 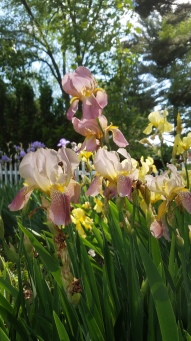 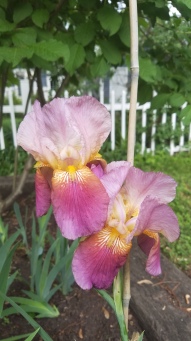 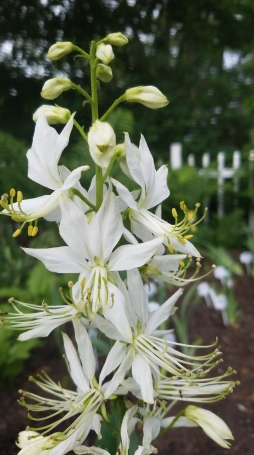 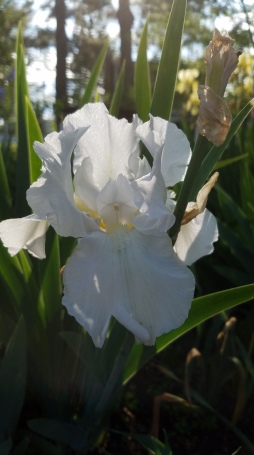 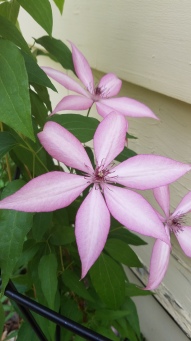 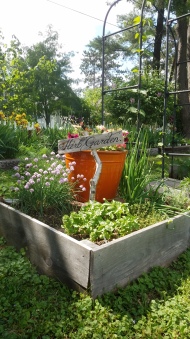 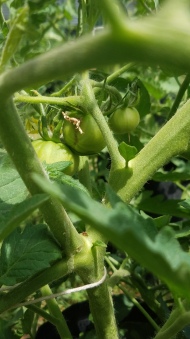 I have a lot more to come and later this week, I am going to attempt my first post that really focuses on what I want this blog to be about. Stay tuned!